VATICAN  CITY, SESAWI.NET – CARITAS Internationalis says that a new treaty adopted by the International Labour Organisation (ILO) is a milestone in protecting millions of domestic workers around the world.

Governments, employers and unions meeting at the 100th ILO conference in Geneva voted on Thursday 16 June to approve the Domestic Workers Convention and a further recommendation. Under the new international legal instrument, domestic workers will have rights such as an entitlement to social protection, to rest days and annual leave, collective bargaining and protection from abuse.

Director of Policy Martina Liebsch said, “Although working so close to family life, in households and being entrusted the care of children or elderly, domestic workers are badly treated. Instead they deserve our respect.

“The Domestic Workers Convention will benefit the lives of millions of people around the world. Governments have finally recognised that domestic workers have the same labour rights enjoyed by everyone else. It is a milestone in breaking the prejudice they face every day, especially migrant domestic workers.

“Caritas will follow up on the ratification and implementation of the convention. We need to see these words materialise into good practises, offering decent working conditions and effective protection from abuse and exploitation.”

Caritas highlights the inclusion of access to a complaint mechanism for domestic workers and their right to collective bargaining and freedom of association as key elements of the treaty.

Caritas says that provision on the complaint mechanisms would be stronger if migrant domestic workers had been given the possibility to stay in the country of employment while their complaint was being processed.

Another strong point of the convention is measures to prevent abuse and exploitation by private recruitment agencies, including cooperation across national borders between ILO member states. Caritas had called for the monitoring of recruitment agencies, some of which made their profit by cheating domestic workers and asking high fees for job placements. This practise indebted migrant workers even before they took up their job in a foreign country.

The ILO says that based on national statistics there were 52.6 million domestic workers last year, but it believes that a more realistic figure is closer to 100 million people.

Many domestic workers, especially migrants, suffer unregulated working conditions, exploitation, abuse and being trafficked into this work. They do not have the means to defend themselves in many countries where there are inadequate laws regulating domestic work.

The Domestic Workers Convention will come into effect upon the ratification of only two countries. Countries can opt not to sign, but Caritas believes the convention will give campaigners a standard to persuade governments to sign up. 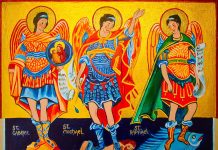 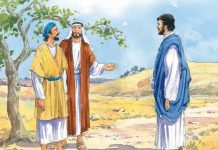 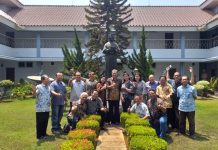