INDONESIA by its original nature is a pluralistic society, comprising of a multicultural and multiethnic nation.

In this social contextual situation, unity among people is essential and very fundamental have to be exercised by every Indonesian citizen. It aims to secure the existence of the Indonesian Unitary Republic of Indonesia (NKRI).

Challenges to cope with

In the past years, Indonesia has been massively dragged by a wave of horizontal conflicts among fellow citizens due to a variety of differences including religion, political interest, ethnicity.

The fresh challenge happened during last year’s general election. Indonesia was on the brink of a massive “brawl” as different parties in the society had already been split into the so-called diametrical society.

It was a crucial time when these two different “parties” were very easily provoked to exposing hostilities against one another.

For this reason and based on historical background, securing the spirit of goodwill to maintain the nation’s pluralistic society becomes top priority.

“Today and in the future, the urgency of maintaining the goodwill to secure our national unity is very essential and fundamentally significant,” says Indonesian Eradication Commission (KPK) Chief Police General Kiki Barhuli to dozens of Catholic journalists in the event of PWKI (Paguyuban Wartawan Katolik Indonesia –Association of Indonesian Catholic Journalists).

“We need more and more people who have a strong concern to securing the unity of Indonesia,” adds Bahuri to Indonesian Catholic journalists in the Indonesian Resilience Building (Lemhannas), Friday 17 January 2020.

However, the goodwill is not enough.

“We are also urgently called to behave prudently to use our modern communication gadget by not spreading hate speech and hoaxes,” he concluded.

Bahuri was invited by PWKI’s chief AM Putut Prabantoro to deliver his inspiring speech in PWKI’s New Year’s gathering attended by some dozens of Catholic journalists from various media outlets in Jakarta.

“As Indonesian citizens,  we are called to implement into force our goodwill to secure the unity of our nation (NKRI). As journalists, we are also compelled to ink good relation with high profile figures in the society, including KPK Chief General Firli Barhuli and Kominfo’s Secretary-General so that validity of our reporting is guaranteed when confirmation is needed from these top brass officials,” he said to AsiaNews.

Prabantoro, an alumnus of the Indonesian Resilience Body (Lemhannas), refers to the theme of PKWI’s event that says “To establish Indonesian unity through our goodwill.”

Speaking at the sidelines of PKWI’s event on the same occasion, The Indonesian Ministry for Information and Communication’s Secretary General Mrs. Rosarita Niken Widiastuti explained about the true call of professional journalist in the society.

Modern people adapt very quickly with any latest gadgets by easily spending money for modern smart mobiles. On the other hand, bad impacts showed dramatically as well. More and more fake news and hoaxes are created or even intentionally orchestrated for some political gains.

“Recent expose shows that from October 2018 to December 2019, there have been some 4.041 hoaxes. The ‘peak season’ happened last April 2019 when the presidential election was held. The top five hoaxes are issues related to politics 984, government 765, health 425, crimes 284, slandering 253,” she says in her inspiring speech.

“From January to August 2018, there were only 25 types of hoaxes. From August 2018 to early 2019 the number of various hoaxes has been skyrocketing to 129. When the election comes and months before the presidential inauguration, there have been some 4.041 hoaxes,” explains Widiastuti.

Therefore, she adds, strengthening human resources in the field of digital technology became the main focus of concern in the Ministry of Communication and Information.

Journalists in the PWKI have their strategic role in this urgent matter.

“We are called to make things clearer and more valid regarding all issues disseminating in dozens of social media platform. Totally different from social media produced ‘instant journalists’, PWKI’s members are professional journalists in our mainstream media outlets,” says Widiastuti.

“In this matter, we are morally and professionally called to conduct verification protocols to check out whether issues are only baseless and categorized either as fake news or hoaxes or they are actual events with newsworthy values,” adds former radio journalists in RRI Yogyakarta some decades ago and later on Director of Indonesian Radio Service (RRI) before being tapped as top brass official in the Indonesian Ministry of Information and Communication.

“Our professional journalism is mainly based on the truth. We spread the good news based on truth,” she concluded.

Hours earlier at the same venue, two priests from the Indonesian Bishops of Conference (KWI) also stressed the importance of disseminating truth as the Christian “call” to catholic journalists.

Father Antonio Steven Lalu Pr from the KWI’s Social and Communication Commission also pinpoints the importance of both creativity and audacity that any Catholic journalists perform their professional job as “messengers of truth and good news”.

“Why do both creativity and audacity matter in this regard?” asks Fr. Lalu who is also Chairman of Signis Indonesia.

“Nothing else but the message could be properly and well delivered to the people,” he concludes while referring to Friday’s Gospel on people who were forced to open the roof of the house so that the patient could reach Jesus to be healed. 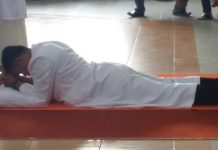 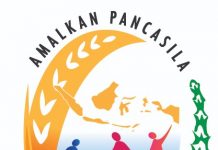 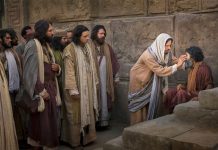