MAJORITY Indonesian people has been severely affected by this Covid-19 pandemic.

Job losses is very high that has forced millions of Jakarta’s residents to leave this metropolitan city to return home to their native city for certain causes but certainly to find much more less expensive daily life expenses.

These unlucky people are mostly the low-waged and daily-based workers. They have returned home, weeks before Indonesian authority implemented their own style “PSSB” (Pembatasan Sosial Skala Besar) or the largely-scale social distancing.

PSSB is the Indonesian style of “lockdown” with much more moderate measures to take into force by only limiting the operational hours of offices, closing all public entertaining and shopping spots, sharp reduction of public transportation, main roads blocked to prevent people to travel.

The critical question has always been raised: why has Indonesia not implemented total lockdown as other countries have taken into force?

The answer will be very simple.

Indonesia is different with other countries with high discipline and social awareness of health and social distancing is expected very high.

No. Indonesians are different as daily life seems normal as usual. What makes different from previous days is that road is less hectic, public transportation is very much less busy.

The power of civil society to rise on the occasion

The Indonesian government –as foreign media have sometimes allegedly accused of – may have stumbled.

But in this very difficult situation, the rise of Indonesian civil society may also have come to light very powerfully.

The spirit of sharing everything happens everywhere, despite one or two incidents depicting the low spirit of tolerance and peace by rejecting both contracted virus patients and human cadavers.

This spirit of compassion and the strong commitment to extend their helping hands are also been massively showing by the Indonesian catholic congregation at all levels in the society.

What the world may have not known this important issue is the fact that this kind of massive compassionate actions shown by the Indonesian catholic congregations have been taken into force by their own initiative.

Without very much “intervention” by Indonesian hierarchy, either bishops or parish church.

Here is the simplest thing that personal good “initiative” may be performed by Catholic university students without any “intervention” by the church’s leaders.

30 Catholic students from 10 state-run universities across Java has performed their own initiative by creating the so-called URUN.ID as a platform to raise crowd funding in order to extend their helping hands to those in need.

Through this social media platform, these 30 Catholic students produced kits and advocacy programs  that are exposed to public so as to be well informed about the pandemic  and find the best target recipients to channeling the funds.

For them, this “impromptu” humanitarian activity has likely seemed to express their own gratitude as their annual tuition fee has also been financially supported by Bhumiksara Foundation.

Bhumiksara is a Catholic nonprofit NGO with its 32 years in existence. Among its activity is to  provide scholarship program for any Catholic students with their potential power to become prominent figures in the society and officially registered in state-run university across Java.

“In the midst of this ongoing pandemic,  we see what we can do as young catholic people, the future leaders as expected by Bhumiksara Foundation as its platform.  We are touched to perform  a humanitarian activity by harmonizing  our knowledge and creativity to extend our helping hands to the society,” says Odilia “Odi” Stefani Salim, a female undergraduate student of Pharmacy Faculty from Unair University in Surabaya, East Java,

“Collaboration is the key things that this social humanitarian activity may happen,” says Odi from Palembang in South Sumatera Province.

He has lost one of his right leg due to a traffic crash when he was still in the high school that should undergo amputation and use a “protégé” leg. He also lost his opportunity to become soldier due to his physical shortage.

“In the challenging moment of a global pandemic like nowadays, we as future leaders in the Church and in the Society (as expected by the Foundation) need to take actions to contribute our helping hands in the name of humanity. We initiated URUN.ID as our tool to instigate the spirit of compassion in the society,” says Kevin today.

URUN.ID has publicly exposed several online webinar seminars with three different topics over mental and physical health, financial management during the pandemic, professional carrier with sources from their own peers and former recipients of Bhumiksara scholarship programs.

Religious congregation ignites their own programs

Again, without any “intervention” of bishops and parish church priest, some Indonesian nuns have also raised their social humanitarian activity by extending their helping hands to other people –the most neediest neighbors in the society.

Speaking with AsiaNews, the Abdi Kristus (AK) Superior General Sister M. Bertha AK has changed the annual budget for the AK Celebration to mark their 82th anniversary program to provide “chicken soup” packages and other things to the most neediest people in their surrounding area.

“All of our AK communities across the nation have initiated their own program to implement the spirit of our compassion during this difficult time,” she said from Ungaran in Central Java where the AK Mother House is located.

Unlike most religious congregations from the overseas, the Abdi Kristus was officially established by Batavia Apostolic Vicariate Bishop Msgr. Willekens SJ in 1938.

Batavia is the official name of Jakarta in the colonial era –the time when all dioceses have not yet been existed.

The same things have also been practiced by Sr. Fabiola Kusumastuti JMJ from Central Jakarta who by her own initiative to make home-made masker to be distributed to the people in the need for free.

Some JMJ nuns performed this “for free maskers” and others in Cengkareng of West Jakarta last week.

With all these initiatives, this shows how Indonesian Catholics has raised their commitment as the nation’s good citizen to help other in need by raising funds to support informal sector workers, such as street food sellers, scavengers, and motorcycle taxi drivers. 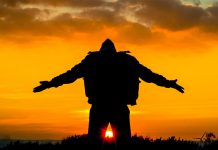 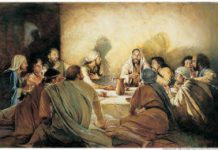