AGATS Diocese in the remote Papuan Province in Indonesia celebrates its 50th anniversary last 24 November 2019 with a variety of events, including “Asmat Cultural Festival” and a festive Eucharist.

Papal Nuncius in Indonesia Msgr. Piero Pioppo leads the festive mass along with Indonesian Ignatius Cardinal Suharyo, the president of the Indonesian Bishops of Conference (KWI) and the Archbishop of Jakarta.

Other bishops joined the Eucharist including:

The host of the event is Agats Diocese Bishop Msgr. Aloysius Murwito OFM.

Far to reach in the remote Papuan territory

Agats Diocese in the remote Papuan territory can be reached within 5-long hour direct flight from Jakarta to Timika and another one-hour long flight from Timika to Ewer “airport” in the remote forest of Asmat District.

Still, you have to sail with speed-boat for another 45 minute long trip from Ewer to Asmat’s downtown where the Diocese of Agats locates.

River stream with its 500 meter to 1 km meter in width is the main access to reach these destination which are also full of crocs.

The city above the wooden platform

Agats’ soil is made of wet mud.

Whenever the sea level is tide, all areas will be inundiated with sea’s waters. 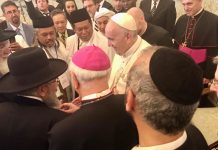 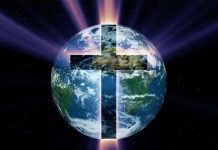 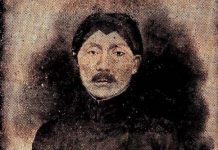