UP to last week on 20 November 2021, a three-week long-time massive flood in Sintang Diocese in West Kalimantan has not yet rapidly subsided as widely expected.

Some parts of Sintang District and Kapuas Hulu District are still being inundated with 1-2-meter-high water.

Indonesian Caritas KWI in its situation report records that at least 24 sub districts in both Sintang and Melawi Districts have been  severely inundated by massive flood happening since 21 October.

This has seriously made difficult for rescue volunteers to extend their humanitarian package as heavy rains are still happening these latest days which made water level has also been sharply escalating.

“According to our parents, Sintang has once hampered by a massive flood in 1963,” explains Mr. Victor Emanuel, a lecturer of local Sintang Kapuas University, “which seriously hit SMFA nunnery to its roof and Sintang Cathedral Church to its doorstep. And this year’s massive flood likely seems the same thing with much massively affected areas,” add the elder brother of Sr. Felicitas OSA.

“We have been fully backed up by Tanjung Pura Military Command in dispatching this humanitarian aid packages,” says Archbishop Agus.

Along with his Pontianak Humanitarian Volunteers Forum (FRKP), Br. Stephanus Paiman OFMCap, a Capuchin religious brother from the provincial capital of West Kalimantan, has spent more than 10 hours in his inland trip to reach the flood’s most affected people in Siberuang of Kapuas Hulu District.

After a mechanical trouble with the truck in the forest on Friday night, the trip was then followed with an engine motor boat to Siberuang’s most affected housing compound where its local people could only be reached by canoeing and –frequently- by plunging into the deep water so as to be able to reach their homes. (See photos and videos).

This is the 2nd time trip for Br. Paiman’s FRKP to reach areas of the most affected housing compounds in Sintang Diocese.

But up to this present time, some parts of those district are still hampered by flood which made difficult for rescuers to reach flood’s spots.

Sintang and Melawi Districts and some parts of Kapuas Hulu Districts are under pastoral care of Sintang Diocese.

It is said so as thousands of people are now still taking refuges in higher ground as their homes are still inundated.

In 2021, he was awarded with Kalpataru Award by the then President Yudhoyono due to his forest conservation project in “Rumah Pelangi” (The Rainbow House) in Ambawang of West Kalimantan.

Along with her SMFA nuns, she hired trucks to bring this humanitarian packages from Pontianak to Sintang with at least 10-hour long trip frequently hurdled by heavy rains and high-water level in several flood spots.

The trip was then followed with a motor-engine boat through Kapuas River to reach the most affected areas ravaged by some 3-4-meter-high water.

“We have used our local SMFA compound in Sintang as a temporary ‘crisis centre’ where people may come to us asking what they urgently need to survive which are among others staple food, milk for infants, pampers, and others,” says Sr. Kresentia Yati SMFA, a native nun from Putussibau in Kapuas Hulu where Kapuas River’s estuary originates.

Kapuas River water stream comes from Kapuas Hulu and runs within at least 1,100 km to Pontianak.

“Our mother house is not affected by the flood but we accept local people seeking refuge in our compound,” explains Sr. Siwi SdC to Sesawi.Net.

Speaking about the massive  flood hitting Sintang Diocese for almost three weeks, President Jokowi said that the main cause is the massive damage of local rain catchment area.

“It has been happening for decades and we must stop right now because the main problem is around there.

Not only damaging environmental conditions, adds Jokowi, massive flood in Sintang Diocese was also exacerbated by heavy rains that falls much greater than normal days.

“Extreme than usual,” claims Jokowi as quoted as saying by Jakarta Globe. 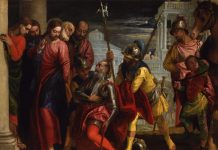 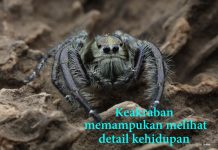 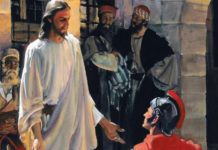